Martial artists who train in 'Traditional Arts', typically  discover roots and lineage of martial arts as they have been taught for centuries. Unfortunately, most are erroneous in their concept of what martial arts are, which were never designed for sports, competition, etc. Instead martial arts were designed for personal self-improvement, respect, and self-defense.
Karate in particular, was never thought of as a sport and when sport karate was invented in the mid-20th century, many karate masters on Okinawa (where karate originated) strongly objected to this treatment of their art. Even jujutsu and judo were designed for self-defense with techniques for restraining a prisoner or stopping an armor clad samurai in his tracks. Neither were created for sport.

It use to be to train in martial arts, one had to swear an oath not to reveal the teachings of the art because of many secret techniques - such as how to reverse a technique on another martial artist, how to knock a person down with one strike, how to apply pressure points, and in some cases, killing blows were taught.

Not only has most sport martial arts watered down techniques and abused kata (forms), it has also done something else to martial arts - it has driven many people away from the original path - a way of concern and respect for others. Even so, there are some positive attributes - most of all, sport arts have brought in many more people into the arts because of competition and an easier curriculum. We all just pray that sport martial artists will retain their respect and concern for all others and remove their egos.

A traditional karateka is prepared at all times – for self-defense and courtesy!

Through time, a white belt turns black with age. As time continues, black wears to white - Now the journey has begun

You have a chance to train tonight and learn to be a better person – this is what should motivate us to train in karate.

Thrust without thrusting, think without thinking – this is mushin


Few people know what karate is? It is Zen, a way of life that teaches traditions, positive affirmations with self defense & meditation and these are all incorporated in kata. 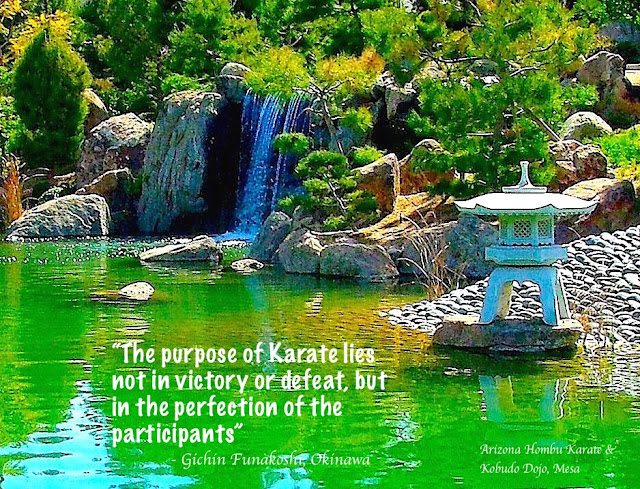 Posted by Kyoju of Budo at 1:07 PM No comments:

KARATE - the art of the empty mind 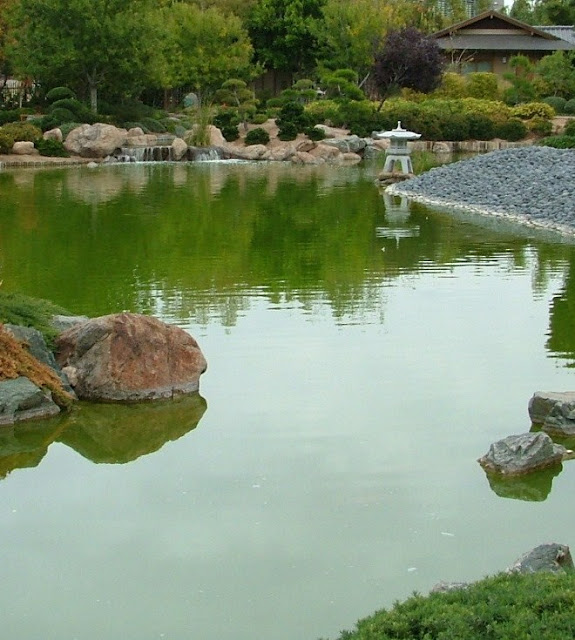 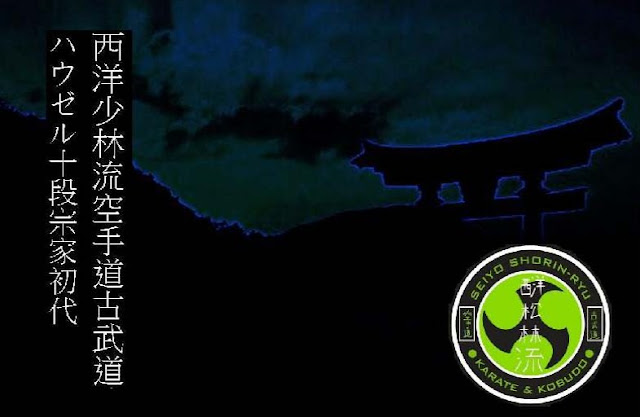 In form there is emptiness; in emptiness there is form 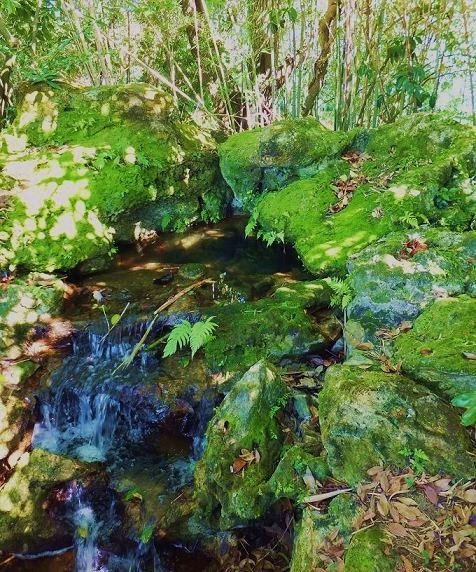 Are you out of your mind? Karate is no place to think! 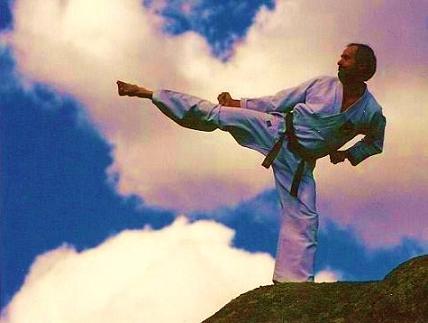 Thrust without thrusting, think without thinking – this is mushin

Posted by Kyoju of Budo at 3:03 PM No comments:

MUSHIN - The Mind of No Mind 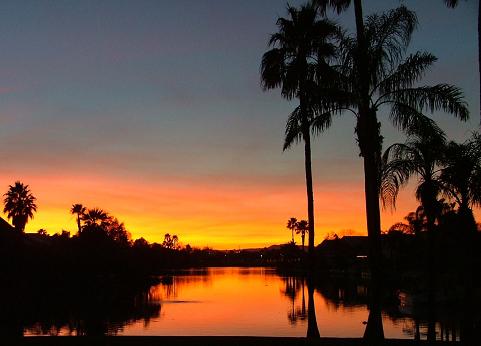 The Arizona School of Traditional Karate in Mesa (Seiyo Shorin-Ryu Hombu) students are taught a variety of martial arts and philosophy while focusing on Shorin-Ryu karate & kobudo.

Mushin, the act of emptying one's mind, is a very important concept in martial arts, as well as in life. It is so important in karate that the kanji used to write karate includes "empty". The significance of mushin in martial arts is extremely important and one could not successfully defend themselves without emptying their mind. I can still remember when I started training in karate in 1964, we were periodically given philosophy including comments like "just react, don’t think". As a teenager, this was a very foreign concept, but I remember one day, all of a sudden my body reacted without any cognitive thought and the essence of this philosophy finally became clear. It was a very exciting moment of discovery. Kumite, ippon kumite and randori train a person not to use their mind. Such a concept would probably not go over well in most college classes.

In the book "Be Like Water – Practical Wisdom From the Martial Arts" by Joseph Cardillo, a chapter on "Empty Your Mind" he mentions the adage "If you are looking for something, you will never find it" and a rule in sparring (kumite) "don’t assume you know what is going to happen before it happens". 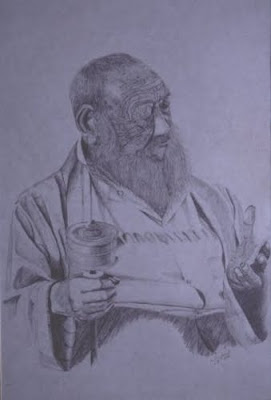 Everyone who has practiced martial arts for any length of time will have stories of how they anticipated a certain attack only to find the attack turned out to be different, which led to unsuccessful self-defense. But by emptying their minds and reacting only to motion, they were usually successful.

In sparring and in self-defense your purpose is to remain attentive but never make assumptions regarding your opponent’s actions. You need to empty your mind and take each movement as it happens. Years ago, when I was in a PhD program in geology at the University of New Mexico, I had just finished teaching a karate class and was leaving the student union when two thugs decided to mug me - I hadn't even cooled down from teaching. One had a knife, the other looked unarmed.

My thoughts were (1) the guy on the right had a knife, (2) I had to use full power and focus to finish this as quickly as possible, and (3) when the person on the left started the attack, my thought was he was likely a martial artist because he stepped into neko ashi dachi (cat stance). But when he threw his first punch my thought was no - 'he is not a martial artist' simply because he threw a hook. I had no other thoughts that I was aware of and I reacted only to their movements and quickly ended the confrontation. And to my surprise, I was cool and calm even though this was the first time anyone had ever tried to mug me and the first time anyone had ever showed a knife with intent to harm.
In martial arts (particularly Kung Fu) people sometimes speak of sticky hands - let's talk about sticky minds instead. A sticky mind might be considered the opposite of mushin. A sticky mind thinks and draws assumptions. In terms of daily life, mushin is a philosophy that needs to be practiced often as suggested by Cardillo, because it is too easy to think of negative thoughts and prejudices about other people without having all the facts.

Anger pitted against anger only breeds antagonism. The assuming mind, allowed to run loose will contaminate relationships and limit successes. I have been guilty of this such that it destroyed a close friendship particularly after my friend made similar unfounded judgments (anger against anger). If there is one thing I could wish for all of my students, it is that none will ever loose a friend over poor judgment.

Eliminating negative emotions and assumptions is difficult, but there are benefits to be achieved as soon as we eliminate the negative in our lives. One trick is to flow with the situation not control it – 'be like water'. Let go of the negative – it only works against you. Empty your mind of ego and unyielding reactions. For myself this is very difficult as I am a very sensitive and very emotional person. Some of my students may not see this in me particularly when I'm punching a makiwara, breaking bricks and rocks. One's ego and also anger is an enemy particularly to a martial artist. It clouds your mind, filling your mind with thoughts, not emptying it.

Don’t assume you know what is going to happen before it does, because this is judgment with a full mind rather than empty. Be alert and widen your vision and open your mind. Practice active non action. Generating positive energy can be useful. I have a very good friend who is a reborn Hindu (I know that sounds really strange, but when we were growing up, he was a Mormon, and later in life he became a Hindu and changed his name - so I think of Aditya as being a reborn Hindu). But when anyone is around him, he is so positive that they cannot help but be effected by his personality.

At our Hombu in Mesa Arizona, we train our students to empty their minds as we have in the past at various dojo and universities. Join us at the Arizona School of Traditional Karate and after you learn kihon or the basics of Shorin-Ryu Karate and Kobudo, we focus on teaching them mushin through kata and through ippon and sanbon kumite. This is the only way to be able to defend oneself successfully. It helps to constantly practice kata. Kata has build in it a method for self-training to body to think for itself. 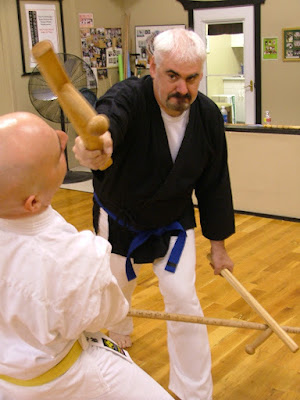 Our center is open to the public - we focus on Adults and Families. Come learn the traditions of Okinawan Karate & Kobudo, where much of the class is conducted in Japanese and English to help students learn Japanese. We also teach meditation, philosophy and martial arts history interjected in karate classes. Our schedule is as follows:

We have some of the lowest rates in the East Valley. No sign up fees. Start as soon as you pay for your first lesson or first month. You can pay either month by month or day by day - its up to you. 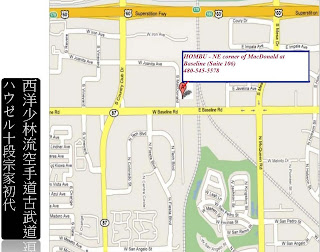 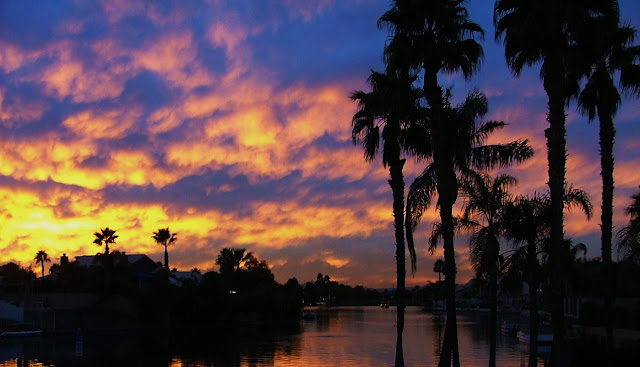 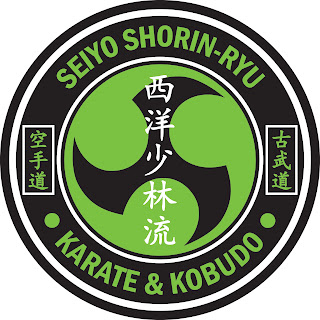 Posted by Kyoju of Budo at 3:47 PM No comments: 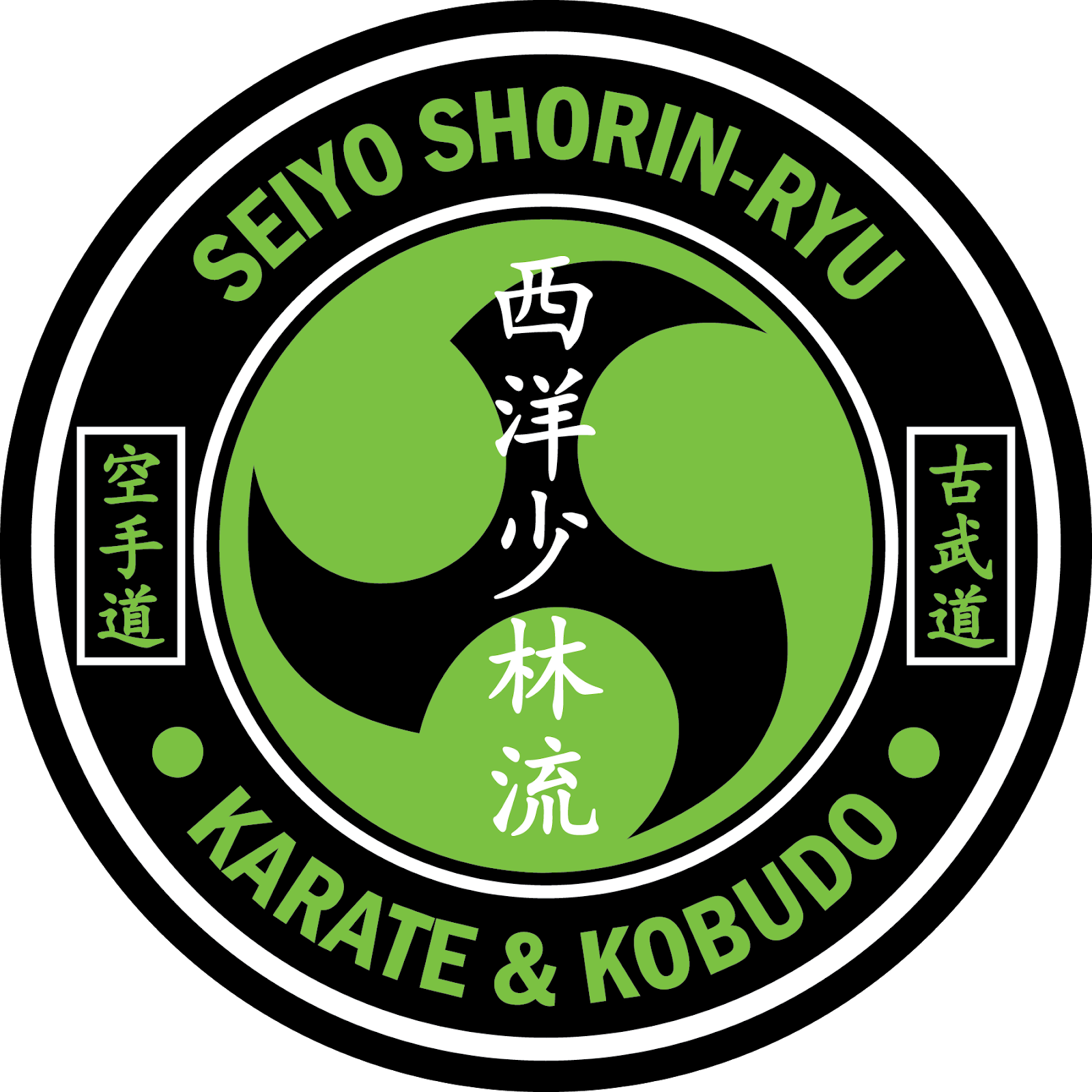 MUSHIN - The Mind of No Mind

The Arizona School of Traditional Karate in Mesa ( Seiyo Shorin-Ryu Hombu ) students are taught a variety of martial arts and philosophy...

The World of Shorin-Ryu Karate

Welcome to the world of Shorin-Ryu karate & kobudo - traditional (non-sport) martial arts where philosophy & traditions are as important as technique.